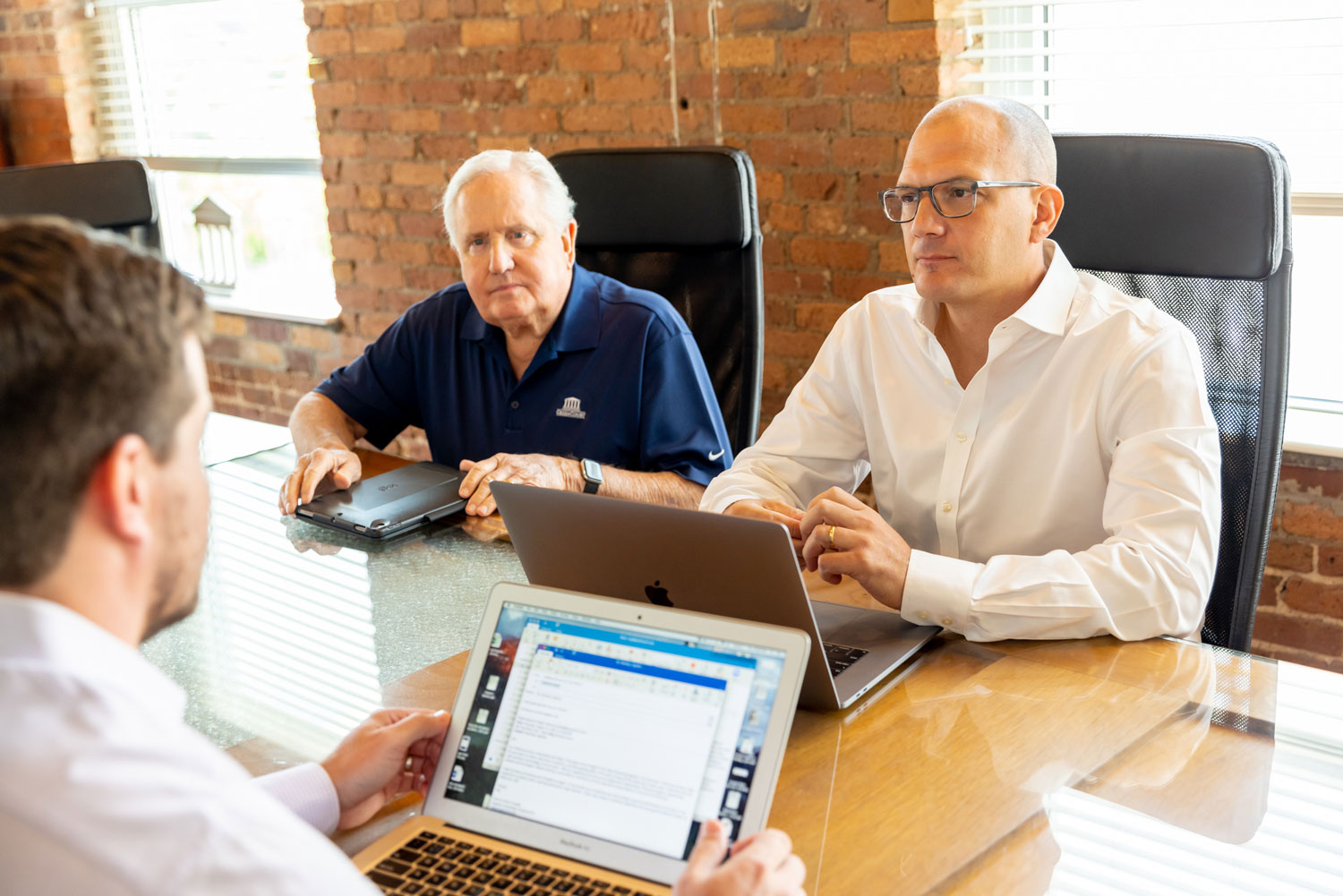 “GreenCourt’s approach is simple: Ask good questions, listen carefully and deliver more than promised. Whatever the challenge, GreenCourt will find a way to help us succeed.”

GreenCourt's mission is to guide government agencies through rough and unfamiliar territory toward higher levels of performance.

While we would rather talk with you about your organization than talk about ourselves, we will take the opportunity to mention a few things.

Our work is focused. We apply ourselves where we know we can help. We have no aim to be all things to all customers.

The people you meet at a conference or on Zoom are the people you will see throughout our relationship. Continuity is very important to us.

We make creative decisions, quickly. By design, we organize ourselves to communicate clearly and act swiftly.

We love our work and we think you will, too.

The Team That Makes It Happen 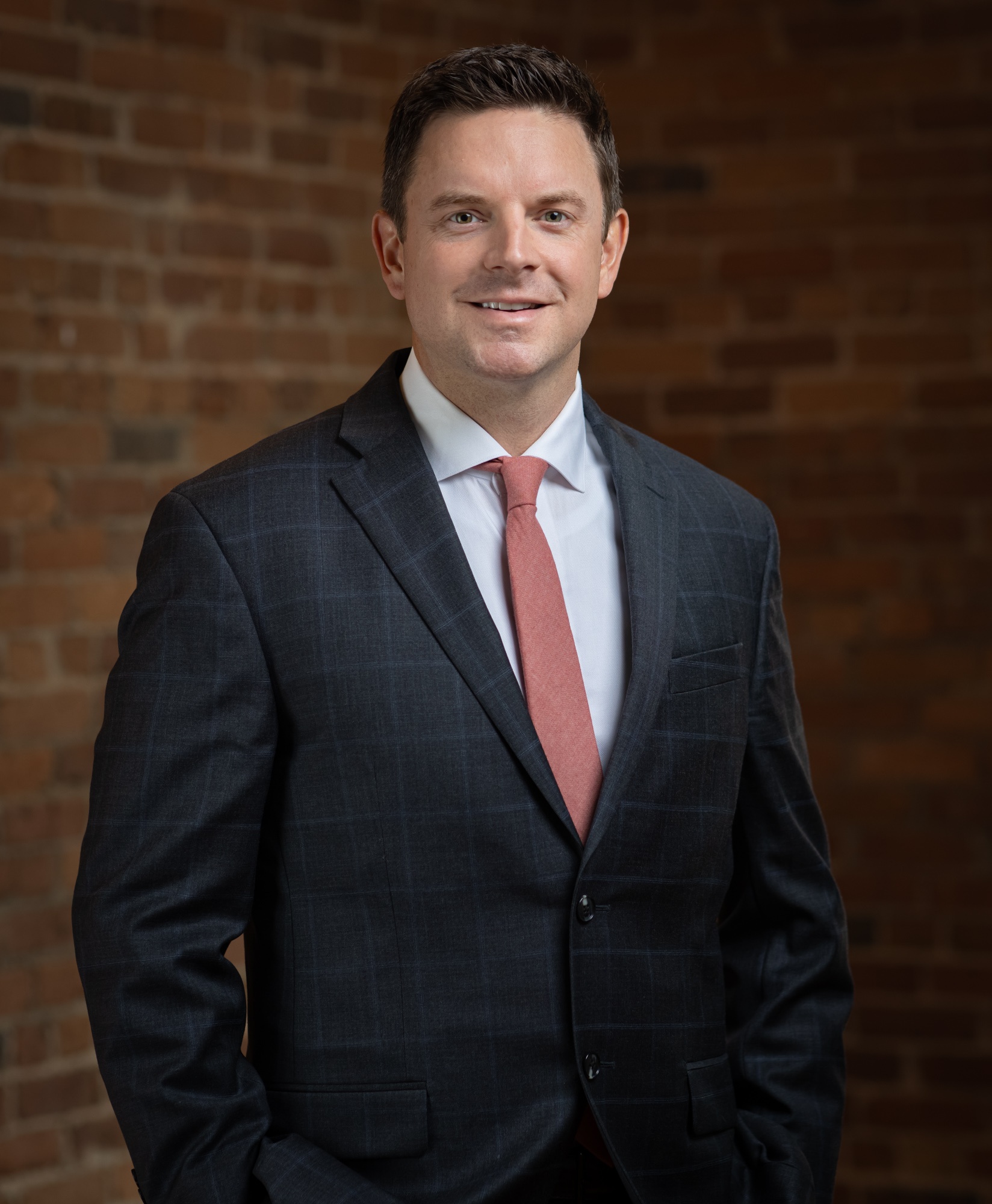 Andy Johnson serves as a member of GreenCourt’s Board of Directors and as the company’s Chief Executive Officer. He is one of the company’s founders. Andy is responsible for company strategy, administration, capital structure, financial controls, and treasury management. Prior to joining GreenCourt, Andy led Business Development efforts at Systems & Methods, Inc. (SMI), an industry leader that provides financial and document management solutions to child support programs nationwide. To this day, Andy continues to work with SMI as an advisor to their board of directors. SMI has long and successful partnerships for SDU and/or debit card solutions, with 17 statewide child support programs across the country. 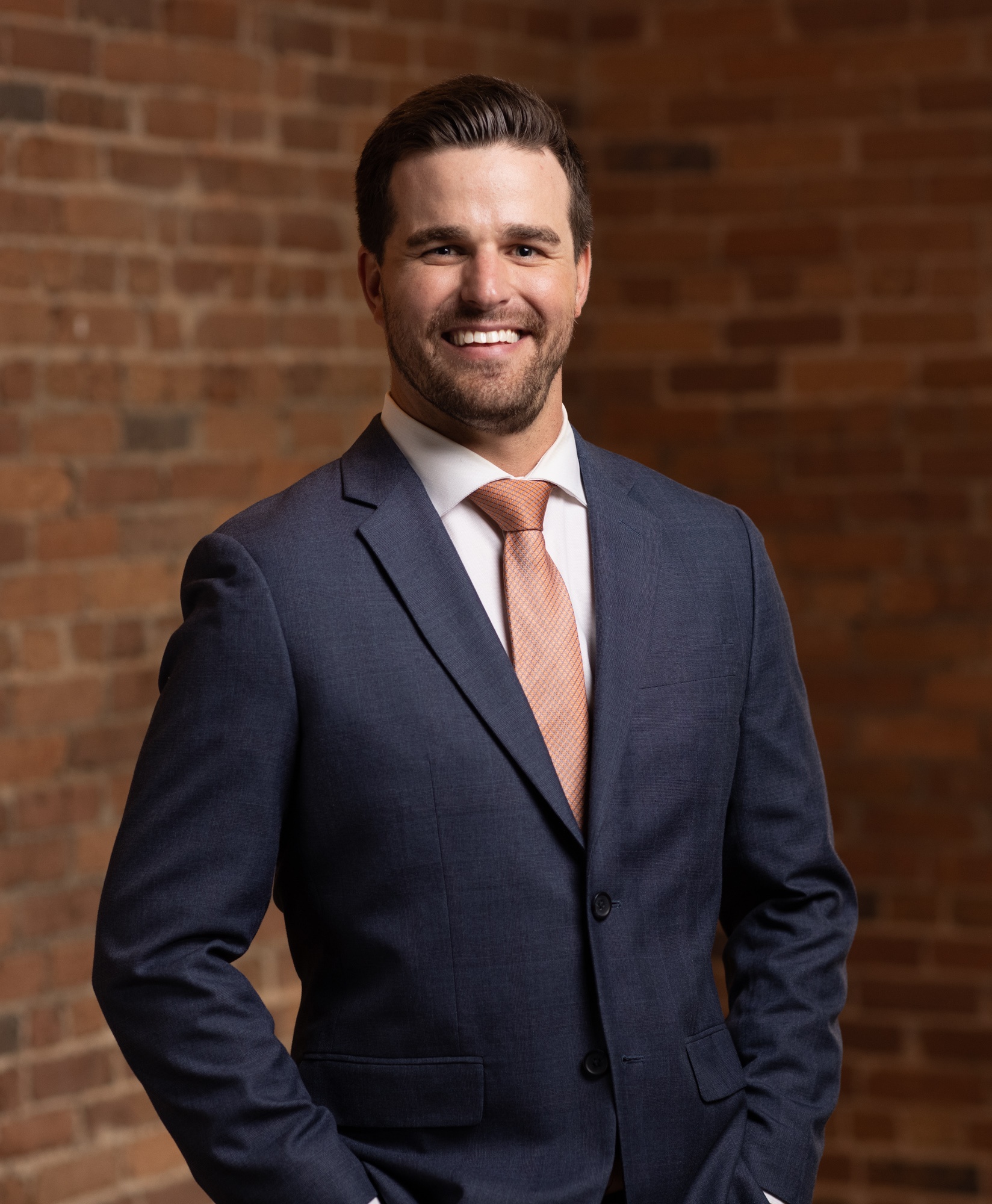 Jay Bland serves as GreenCourt's Chief Growth Officer and is a member of the company’s management team. He is responsible for developing new business opportunities and long-term strategies that not only benefit the company, but also serve the needs of the Bar, the courts, government agencies, and child support programs. 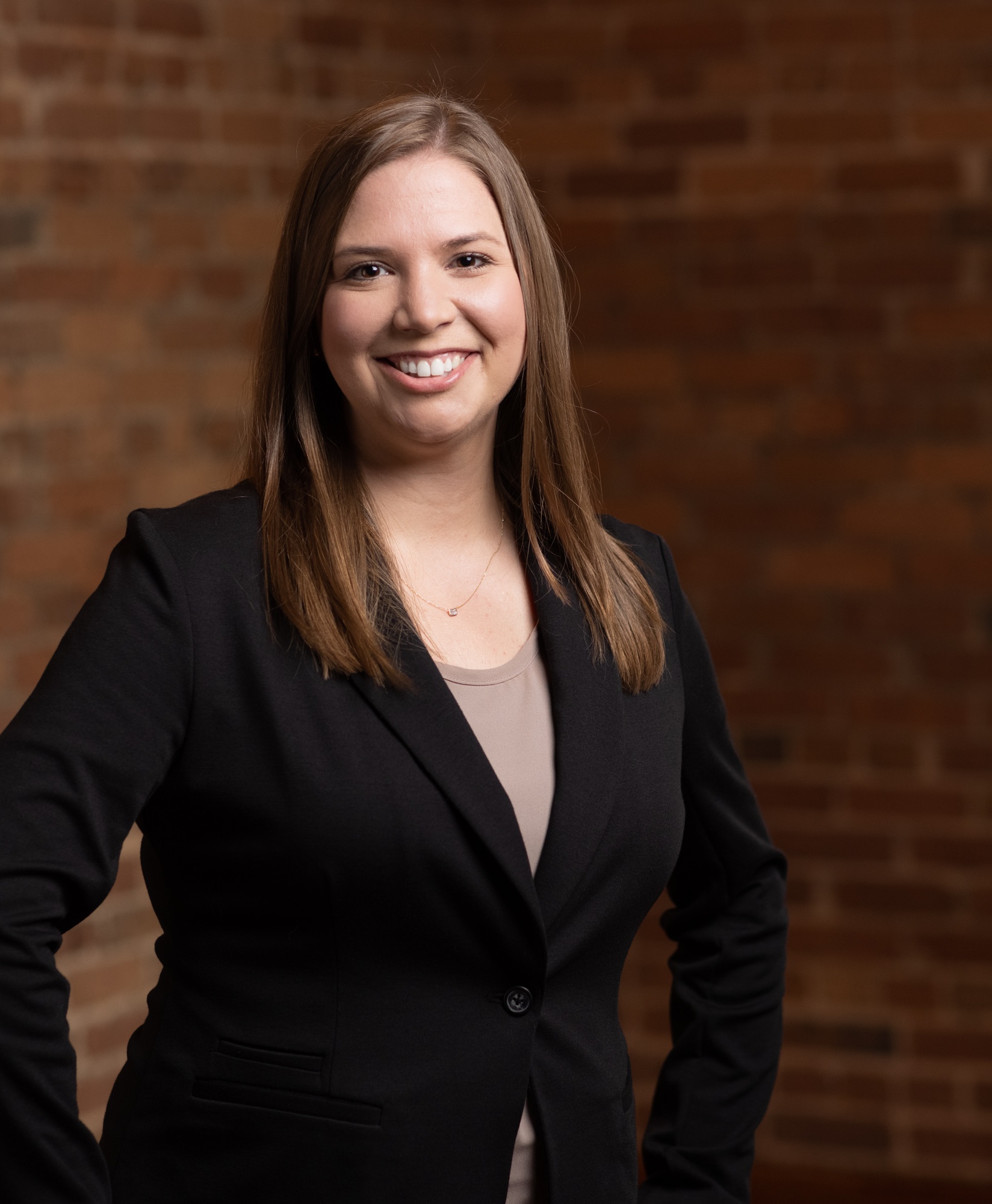 Anna Shawver serves as an Executive Vice President and is a member of the company’s management team. She leads our team of experts to keep clerks and customers (attorneys, legal professionals, and the general public) happy through a combination of clear communication, training, support, and – most importantly – compassion. Prior to joining GreenCourt, Anna worked for the Clerk of the Superior and Juvenile Courts of Heard County, Georgia, for nine (9) years. She was at various times responsible for criminal cases, civil cases, child support enforcement cases, and real estate transactions. 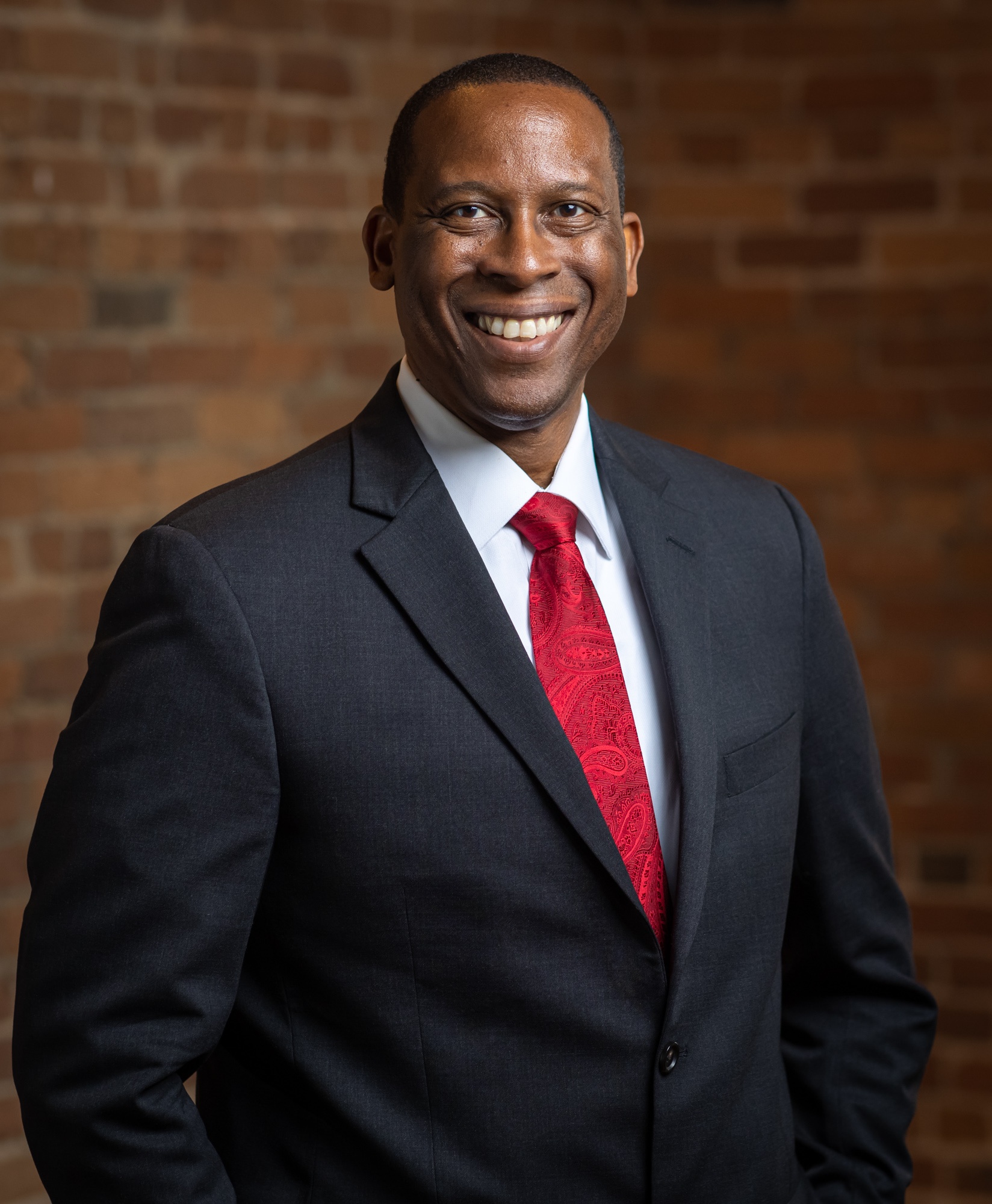 Charles Smith serves as GreenCourt’s lead child support program consultant. Charles worked for the Texas Office of the Attorney General, serving as the Director for Texas OAG Child Support Division. He has more than 26 years of child support program experience, ranging from frontline casework to executive administration. He served as the Deputy IV-D Director/Director of Field Operations for mime (9) years where he oversaw 2,200 employees and lead the turnaround of Texas’ program. Under his direction, the Texas Office of the Attorney General’s Child Support Division modernized its legal and after-court processes and improved its overall efficiency and effectiveness of operations. The division received Outstanding Child Support Program awards from both the National Child Support Enforcement Association (NCSEA) and Western Intergovernmental Child Support Engagement Council (WICSEC) multiple times under his leadership. Charles is a frequent presenter at child support conferences. He is presently a NCSEA board member and Honorary Life Member of WICSEC. 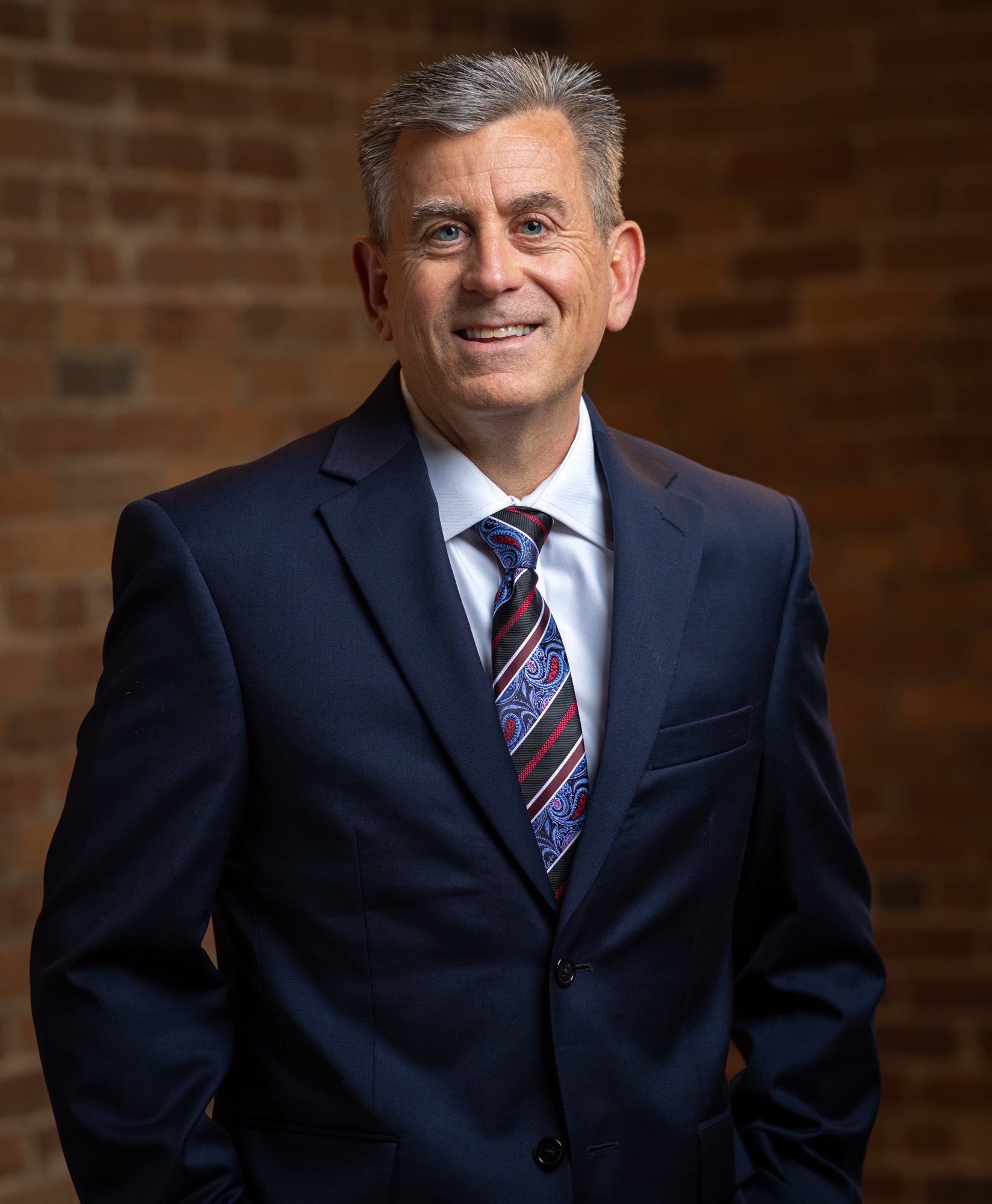 Scott Lekan serves as GreenCourt’s Director of Business Development. Scott previously served as both the Principal Deputy Assistant Secretary for the Administration for Children and Families at the U.S. Department of Health and Human Services and the Commissioner for the Office of Child Support Enforcement. He has invested more than 30 years in government service at the local, state, and federal levels. He served the State of Arizona as an Assistant Director at the Department of Economic Security over the Division of Aging and Adult Services and the Division of Child Support Enforcement. Prior to his State Service, he enjoyed a 21 year career in law enforcement. 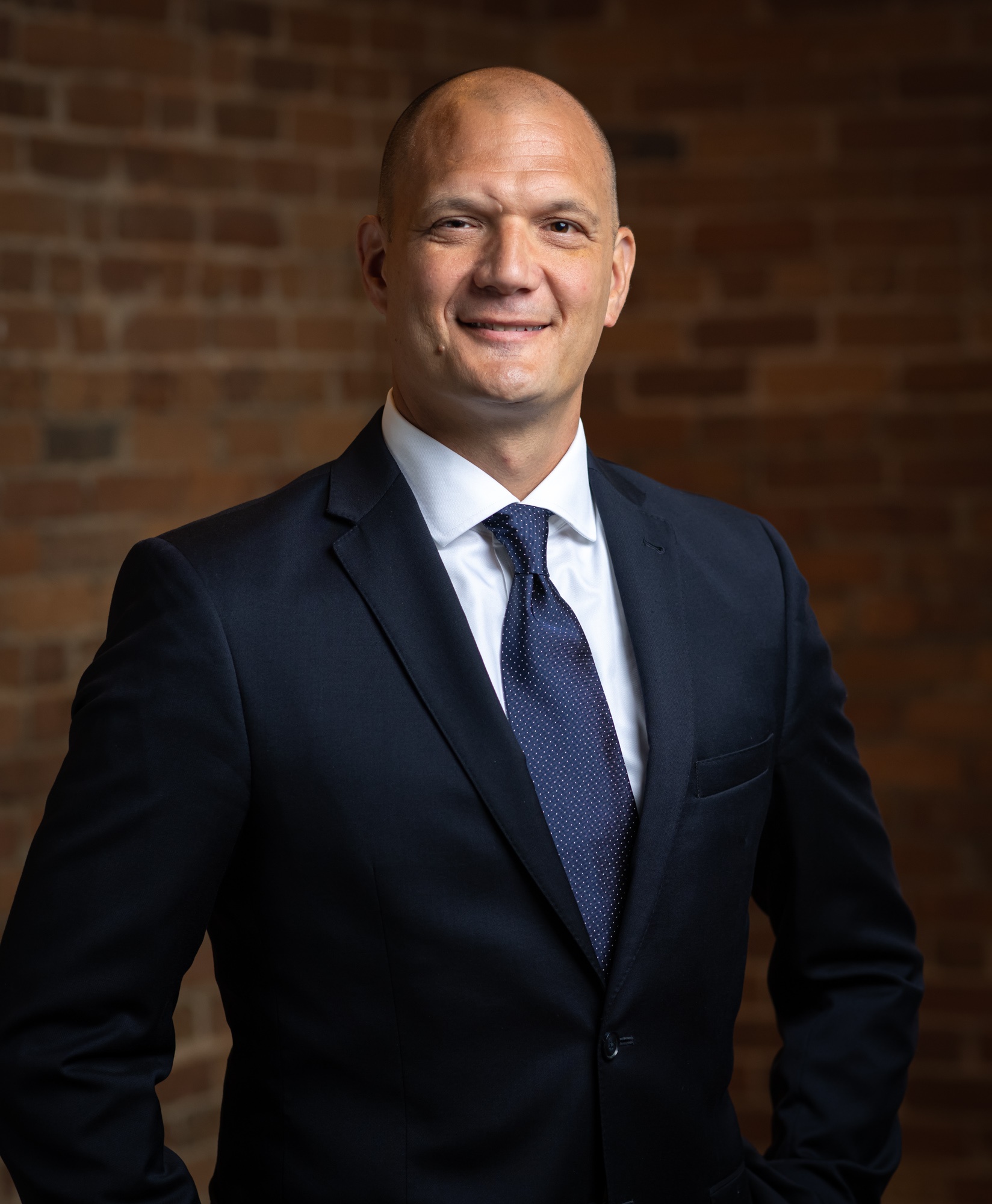 Ryan Roenigk serves as a member of GreenCourt’s Board of Directors and is the company’s President and Chief Operating Officer. He is one of the company’s founders. Ryan supports GreenCourt's product design, development, and delivery teams. He focuses on leading our people, tuning our processes, and crafting our products to fit how our customers work and the goals they want to achieve. Prior to GreenCourt, Ryan was President and CEO of Roenigk Digital Craft, a software development firm he established in 2003. Previously, he worked in client services roles for Atlanta-based iXL, Inc. and Arthur Andersen Business Consulting. Ryan has served government agencies (The Commonwealth of Virginia’s State Corporation Commission, The State of Alabama’s Department of Public Health, The State of Georgia’s Department of Human Services, and the United States Centers for Medicare and Medicaid Services) and private-sector companies (ABB, Chick-fil-A, Delta Air Lines, The Home Depot, JP Morgan Chase, and Turner Broadcasting).
Our History
Board of Directors
Our History

GreenCourt Legal Technologies, LLC was founded in 2014. Our headquarters is in Carrollton, Georgia. Our teammates live in California, New Jersey, and many places in between.

Our company is owned by a small number of individuals, mainly the people who lead and manage the company every day. We are financially stable and fiscally responsible. In no uncertain terms, we are unencumbered by entangling alliances or covenants.

All of that means we are free to operate in the best interests of each customer.

We have deep experience in all aspects of electronic filing of court documents, child support agency operations, and complex systems integrations. Learn more about our products and how we’re changing the industry.

Tee Green serves as Chairman of GreenCourt’s Board of Directors. Tee contributes strategic management and operations expertise to the company.

Tee is the former Executive Chairman and CEO of Greenway Health, where he served in leadership roles since its founding in 1998. Greenway Health’s solutions are deployed at nearly 10,000 medical groups, clinics and enterprises across the U.S., where they’re used by more than 75,000 clinical professionals. A knowledgeable authority on healthcare reform, Tee has been a contributing author on multiple scholarly articles in addition to authoring a chapter of the 2010 sequel to the award-winning book, Paper Kills.

During his tenure at Greenway, Tee was involved in a total of six separate rounds of capital-raising activities, including to two separate private equity partners, raising a total of $87.5 million. In February 2012, Greenway completed an initial public offering, raising proceeds of $77 million. Tee led Greenway through a go-private transaction with Vista Equity Partners with an all cash transaction of $644 million.

Tee has started several companies across a wide array of business areas including transportation, hotel development, venture investing, agriculture/farming, music and entertainment. He graduated from Auburn University with a Bachelor of Science degree in Business Administration.

Tommy Green serves as a member of GreenCourt’s Board of Directors. He is one of the company’s founders. Tommy has been employed by or responsible for managing small-to-medium-sized businesses for his entire professional life, so he knows what it means to honor a commitment and look the decision-maker in the eye.

Tommy was the founder of Greenway Medical Technologies, Inc. (NYSE: GWAY) and served as Greenway’s Chairman since the company’s inception in 1998 through 2013, when he retired from Greenway following a successful $644 million acquisition by Vista Equity Partners.  Immediately following the acquisition, Greenway was merged with Vitera Healthcare Solutions and Success EHS, two other Vista portfolio companies, creating a combined company that is the second largest ambulatory healthcare IT company in the world.

Tommy holds several corporate and community leadership positions. He is the past chairman of First National Bank of Georgia and WGNB Corporation in Carrollton, Georgia. He is also past chairman of the Tanner Medical Foundation. He formerly served as a board member and executive committee member of the State University of West Georgia Foundation. Tommy was named 2012 Entrepreneur of the Year by the Carroll County Chamber of Commerce in early 2013.

Tommy received a Bachelor of Business Administration degree from the University of Georgia.

Sam Snider serves as a member of GreenCourt’s Board of Directors. Sam brings substantial legal industry and data interchange experience to GreenCourt.

Prior to joining Greenway Health, Sam served as Vice President and Lead Acquisition Counsel for the LexisNexis division of Reed Elsevier where he was the legal department liaison to the company’s U.S. Legal Markets business, which included all law firm and court-related solutions, supported the strategy and business development teams and led deal teams on acquisitions totaling over $5 billion. Mr. Snider began his career as a corporate attorney at Paul Hastings, LLP in Atlanta, where he focused on M&A, technology and complex commercial transactions.

Sam is a member of the State Bar of Georgia, as well as the Association of Corporate Counsel and the International Association of Privacy Professionals. He earned his Bachelor of the Arts degree in Philosophy and Political Science from Vanderbilt University and his Juris Doctorate degree from New York University School of Law.

Tommy Vance serves as a member of GreenCourt’s Board of Directors. He is one of the company’s founders. Tommy has been both a practitioner and a business leader for his entire career, which makes him sensitive to the issues facing lawyers and their firms today.

Tommy is a Partner in the law firm of Tisinger Vance, P.C. where he has led an impressive career since 1971, focusing in Business and Commercial Law, Business Organizations, State, Local and Municipal Law, Family Law, and Health and Healthcare Law. His clients include significant regional businesses as well as municipalities. He is a member of the State Bar of Georgia (Corporate, Banking and Health Care Sections) and previously belonged to the Board of Governors (Young Lawyer Section – 1980).  He also served on the Budget and Finance Committee of the State Bar of Georgia (1996-2000).

Tommy has also served as a director on boards for multiple businesses over his career, including that of Greenway Corporation and Greenway Medical Technologies, Inc. as well as First National Bank of Georgia.  He currently serves on the Advisory Board for Novare Group, LLC.

Prior to practicing law, Tommy was a military police captain for the U.S. Army Reserves. He is actively involved in many charitable and civic organizations.  Tommy was awarded the Volunteer of the Year award from the Carroll County Chamber of Commerce in 1997.

Andy Johnson and Ryan Roenigk also serve on GreenCourt’s Board of Directors.

If you’re in the neighborhood, let us know!